Louise Thomas is not only a nationally renowned event planner but has been extremely involved in the Tucson community for over 35 years.

She grew up in Beverly Hills, California and graduated from USC in Los Angeles.  After meeting the love of her life Al Thomas, she moved to Tucson to join her husband and his family. 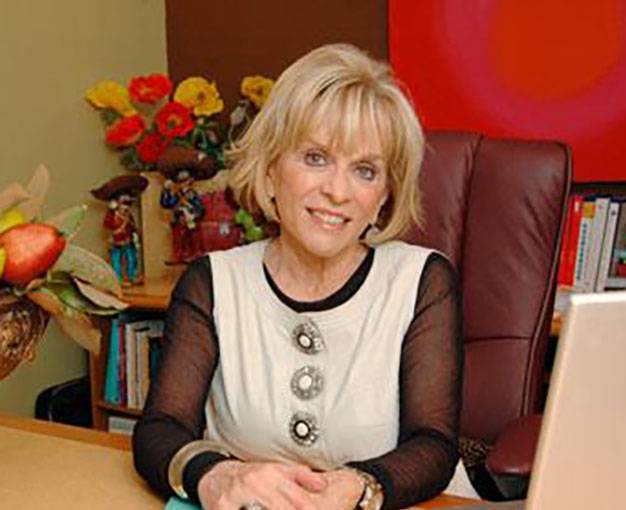 What can Louise Thomas Help You With? 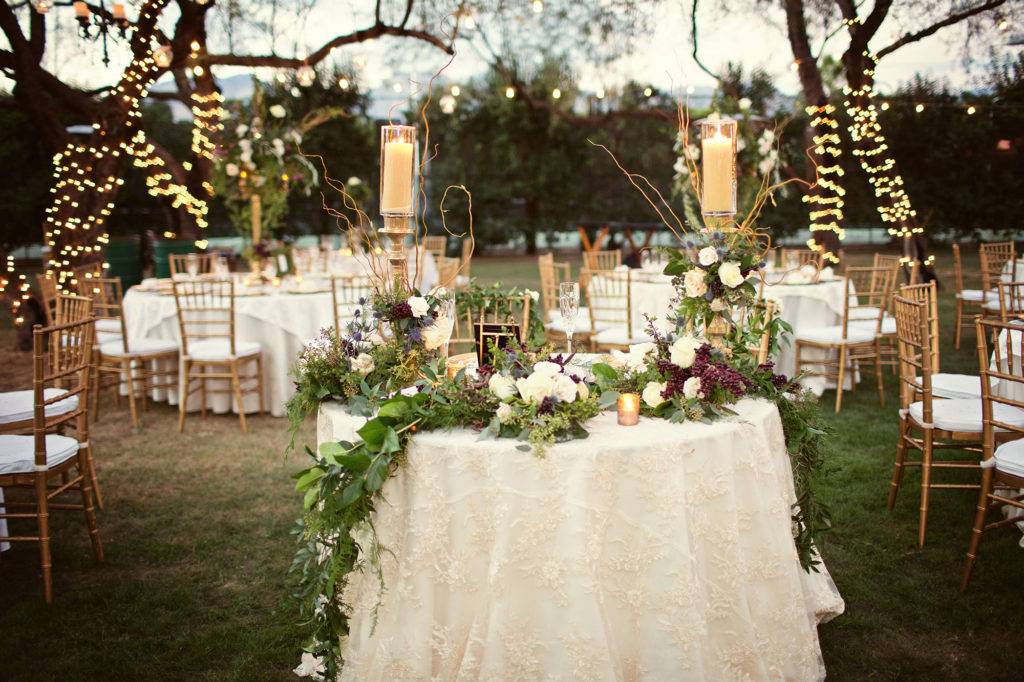 We consider all events to be “The Perfect Event”

Whether it’s a wedding, social event, non-profit gala, corporate event, bar/bat mitzvah or a dinner party.  Our amazing team does everything within their power to execute the event to perfection.  We know that each of our clients have expectations… we go above and beyond to make sure that their event matches their lifestyle and personality. 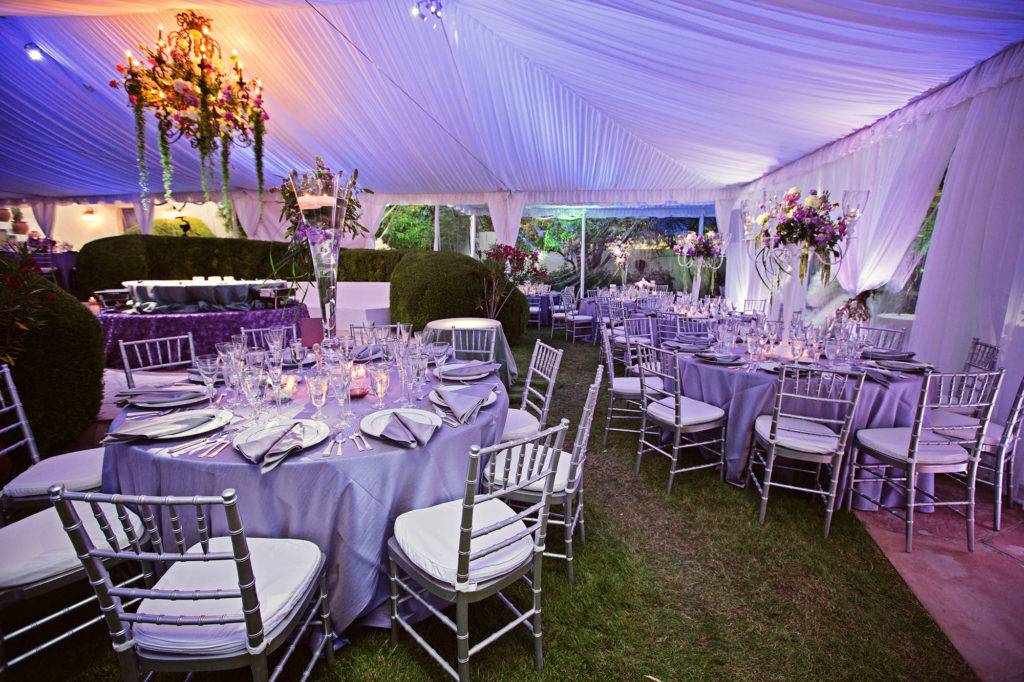 Whether on a sandy beach in California, in an elegant ballroom, or at a private luxury home, all of our weddings reflect the personalities of each couple.

We work very closely with each of our couples to create personalized unforgettable moments… not only for the couple that is getting married but also for their family members, friends and guests.  What sets us apart from other planners is our “One-Stop-Shop” offering…i.e. handling details such as Guestrooms, F & B Resort Contracts, Photographer, Video, Coordinated Papers, Extraordinary Décor, Entertainment, Lighting, Layouts, Day of Coordination, Transportation, Room Gifts, etc.  My specialty & passion is to incorporate custom table coverings with tabletop décor.  To design in this fashion as an interior designer rather than a wedding planner, leaves a lasting impression when lighting and natural elements are used along with those textured fabrics. 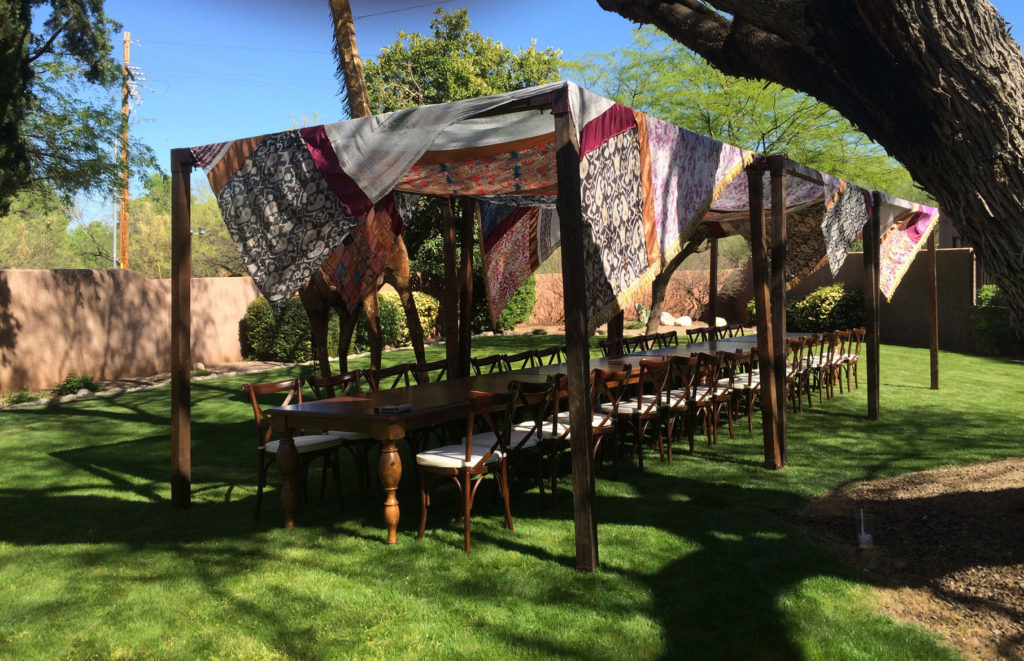 I have planned destination weddings and all types of events
nationally and internationally.

We work very close with our clients to choose the perfect destination for their event.  We make sure that our team has all of the resources it needs so that each detail is in place to create an unbelievable experience for everyone. I am comfortable with designing and communicating via email, face-time or Federal Express. Most of our clients reside in other cities; thus the need for social media communication. 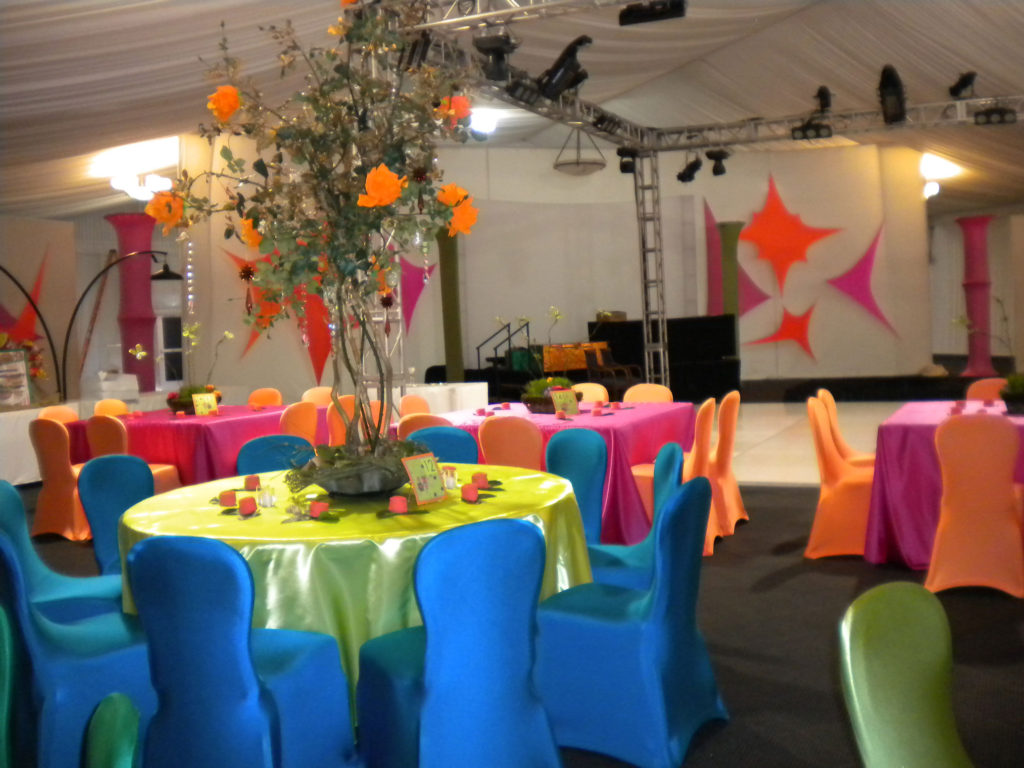 This is a very special time for the Parents and
the Bar or Bat Mitzvah child.

We make sure to combine religious traditions for the service along with the excitement of the celebration. We make sure that all details are in place in order to produce lasting heartfelt memories for all.  Each theme is carried out in thoughtful creative detail. 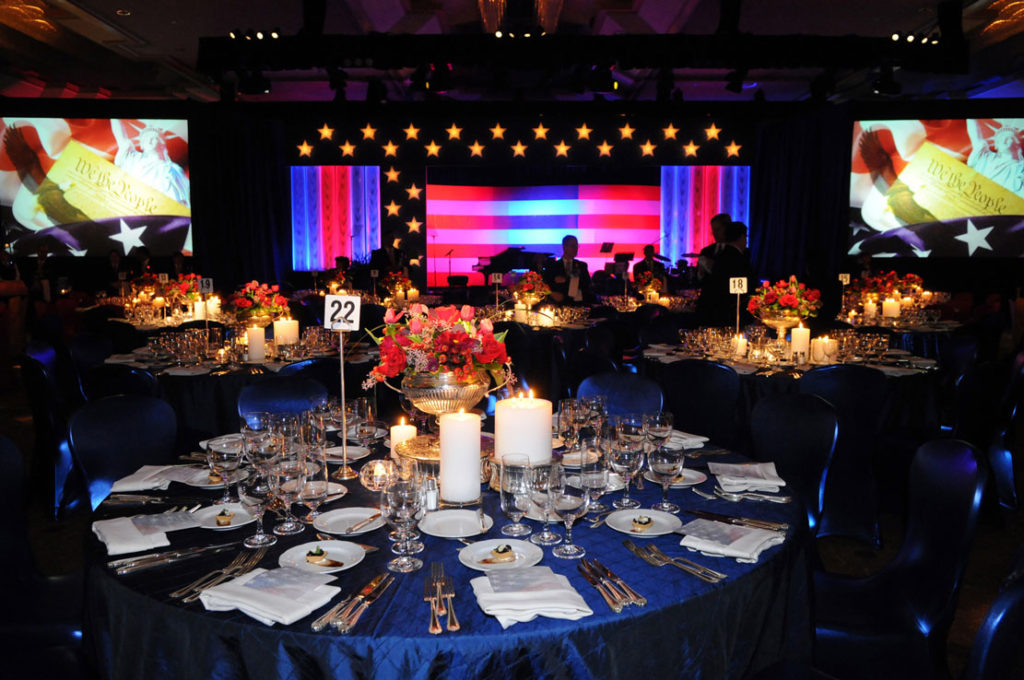 Corporate Events are one of my many specialties…

From room gifts, to formal or casual themed dinners or memorable celebrations.  We like to combine creative entertainment, handsome décor and what goes with it, along with the most current food experiences.  We guarantee that your colleagues and guests will be impressed with the details provided, as well as comfort in a perfectly planned networking atmosphere, while enjoying all of the festivities. 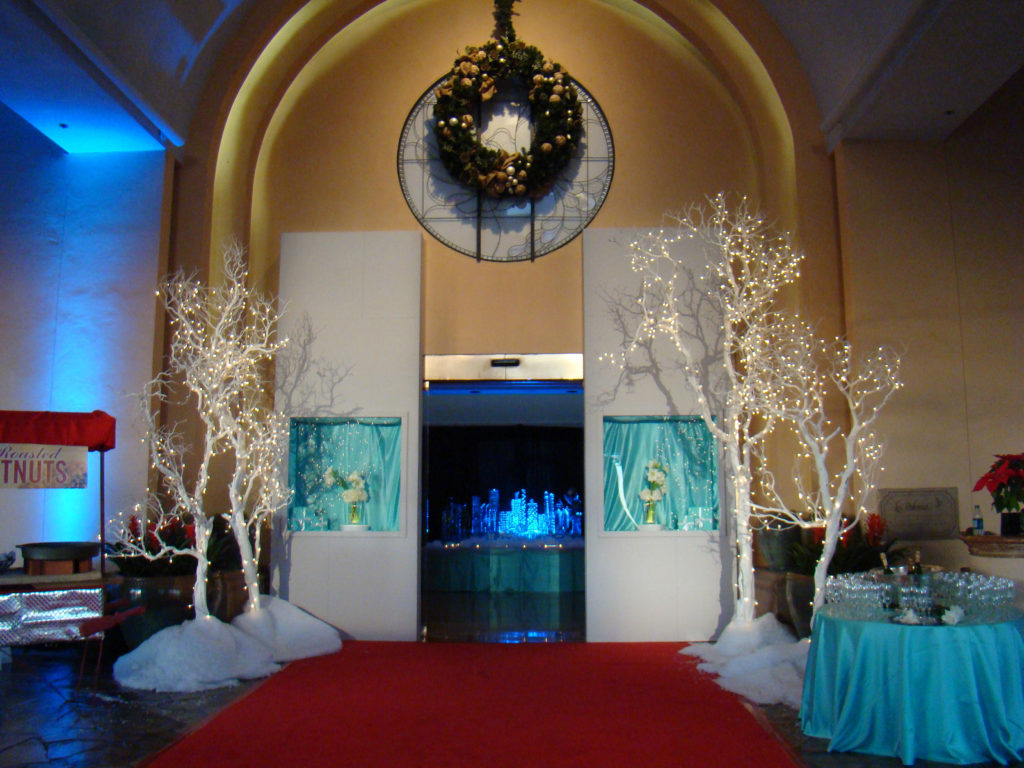 Celebrating life, an anniversary or throwing a birthday party?

We approach all events with a blank canvas and create a customized event for you.  From fabulous invitations, outstanding music, cocktails, and delicious food.  Your friends will be sure to have a wonderful time… and ask you to plan your next party with their name on your guest list.

We have unlimited experience designing non-profit fundraisers, due to my history.
I am considerate and flexible in designing remarkable successful event themes, bearing in mind the sensitive subject of budgets.

“I have been doing events with Louise Thomas, Events Made Special for 30 yrs. I asked her to do a surprise party for my husband within 3 weeks of the date. Done!  Through the years we have done 3 weddings together. Each one magnificent. One was in Moab, Utah. Told Louise if she could do that she could do one on the Moon.

When my daughter became engaged, Louise was the first person she called. Followed by an amazing wedding. Still talk about it some 20 yrs later.

Then, my very young granddaughter told Louise she couldn’t retire until she got married. When the time came, Louise moved mountains to do her magic.

Then a fairy tale Bat Mitzvah for another granddaughter waiting in the wings for her turn.

Some venues were a challenge, nothing phased Louise. Never repeated an event.

We did many outstanding parties at Canyon Ranch. Turned spaces with nothing going for them. When Louise was done, they were breathtaking. I could write a book. Never had a moment that wasn’t fun. ”

“Canyon Ranch Tucson and Events Made Special have had a long standing relationship.

I appreciate the dedication and attention to details they provide for all of our events, big or small.

Anytime I have an event, Events Made Special is who I call to help and showcase a beautiful occasion. ”

“Below are a few thoughts as I think back on the fabulous evening you created for Alex and Dara’s wedding reception at our home.

OM Gosh!  Working with Louise Thomas and her company Events Made Special was definitely the first and best decision I made for hosting a wedding reception to be held in our home.

Everyone was amazed at how Louise had transformed our backyard into the most incredible, magical, romantic, & enchanting place to be.  It was truly an unforgettable event and exceeded all of our expectations.

Louise is a pleasure to work with. She’s a true professional and she knows the event industry well and gives excellent advice.  The Events Made Special staff was helpful and were able to answer all of my questions.  The night of our event Louise and her staff were present the entire time and made sure the evening moved along smoothly and on schedule.”

“Brilliant vision along with the experience to bring that vision to life in a smooth, competent and professional manner is what Events Made Special offers. The event that Louise did for me was transcendent, enchanting and magical. I was on the fence about a theme and Louise came up with one that immediately captivated me and she then delivered it beyond my wildest expectations and on budget. I have been to many of the events that Louise plans and each of them are an experience that captures the imagination and masterfully draws in everyone that attends, this ability makes each event distinctive and mesmerizing.  The talent and insight that Louise brings to presenting her unique ideas, planning, and execution is extraordinary.  She is quite simply the very best in the field.”

“We have used Louise for our Holiday Party for the past two years; last year being our Holiday Party and 125th anniversary celebration.  Louise is extremely meticulous and creative in her design and executes it flawlessly.  She asks us what we have in mind and proposes an idea that is exactly as we pictured it would be.  Louise is a professional in every aspect of our events and a true pleasure to work with.  Everything she does is first-class.  We will continue to use Louise whenever we can for future events.”

“Working with Louise was a dream and she is worth every cent! She is extremely professional, detail oriented, and she works tirelessly to make sure your vision comes to life! My family and I worked with her to plan my wedding and she was very flexible with my busy schedule. When I didn’t have time to take care of something, she took care of it. When I couldn’t get back to her until the last minute, she responded right away. When I wanted something changed, she immediately spoke with the vendors to change things. Her taste is impeccable and I completely trusted her with every aspect of my wedding. The wedding day was perfect and went off without a hitch thanks to Louise and her team! I truly cannot say enough good things about everyone at Events Made Special and could not imagine planning any major event without them!”